It's been a long time since MSTest was in discussions of modern testing frameworks. However, here we are in 2017 and MSTest is getting active updates once again, due in part to it being open-sourced. Let's take a look at what some of these new and exciting features are.

Please note, this post will cover features that are currently in pre-release for the MSTest v2 NuGet package.

NOTE: Remember to use the pre-release flag with the NuGet package you will be using:

This beta release is NOT the first public iteration of MSTest v2, but contains some of the features discussed below. Having stronger support around parameterized test cases is very important and those features are in the 1.2 beta; version 1.1.13 was the first v2 release from github.

Release notes for each version can be found here.

On a post about the future of MSTest v2 and mstest.exe, user (and presumed employee of Microsoft) 'Abhitej_MSFT' clarifies that:

MSTest V2 tests are not supported with “mstest.exe”. In the TFS build template the Test Runner should be “Visual Studio Test Runner”(https://msdn.microsoft.com/en-us/library/ms253138(v=vs.110).aspx#Runner) . I hope your definition does not require the legacy testsettings. Do let us know on aajohn@microsoft.com if you hit any issues.

I have yet to come across an MSTest v2 feature that NUnit has not already had for quite some time. However, the features discussed here are still very useful if you decide to use MSTest over another test framework.

For those who want to see it all, the repository for MSTest can be found on github.

Parameterized testing has long been available in MSTest, using the DataRowAttribute which look like this:

The resulting two tests each use one instance of the 'rows' of data. However, what if we want to reuse these same values across tests? As it would be inefficient to have to duplicate these values on every test where they are used, v2 offers DynamicDataAttribute:

Now this test data can be used on any number of tests without having to duplicate the actual data, making the process cleaner. Those of you who are familiar with NUnit may know this as the TestCaseSourceAttribute.

Methods can also be used as test data. To do so, simply use the overload of the DynamicDataAttribute constructor that takes in a DynamicDataSourceType.Method enum. By default, the framework will assume the name of the dynamic data passed in is a Property.

Taking DynamicData one step further is useful if the parameters used in your tests are a bit more complex. Using the CustomTestDataSourceAttribute you can now create an attribute that loads up this data for you to consume in your tests while keeping your test nice and clean. Here is the end result:

Creating a new Attribute that implements the MSTest v2 ITestDataSource interface allows us to set up our test objects outside of the test, provide a variable amount of them for parameterized tests, and reuse them in other tests without duplication.

ITestDataSource.GetDisplayName will be displayed when the test is executed via the target runner (VSTest if running in Visual Studio), allowing us to determine which cases of a test failed when tests are parameterized.

With the introduction of a focused extension point for assertion logic, MSTest v2 now offers That, a static property on Assert which returns the instance and allows for an easy jumping point for extension assertion methods.

This means tests are much more readable in their assertions:

Assert.That can be used to replace and/or supplement calls to Assert.AreEqual() and Assert.IsTrue(). By themselves, these are such broad calls that often times they can lead to confusion when debugging or reading tests. In my experience this is especially true with Assert.IsTrue() due to its default failure output of Assert.IsTrue failed. AreEquals() attempts to mitigate any confusion by reporting the actual and expected values.

NOTE: If you are not going the route of extension methods a quick way to help solve this problem is to pass the name of the property/method under test when passing a failure message. An example:

And an example of enhancing Assert.IsTrue with this type of approach:

Taking this a bit further we can create a fluent syntax that lends itself to more extensibility in the future:

While this is not a comprehensive overview of the new features in the pipeline for MSTest v2, I have covered those that strike me as being particularly useful.

For more information on MSTest v2 check out these links:

MSTest v2 is definitely making MSTest a more relevant testing framework. The concepts here are the aspects I was most interested in as a current user of NUnit. While I myself have not yet made the switch from NUnit to MSTest v2, these new features have made considering the possibility much more favorable. Hopefully these features combined with more features coming down the pipeline in the future continue to improve developers view of MSTest when compared to other testing frameworks. 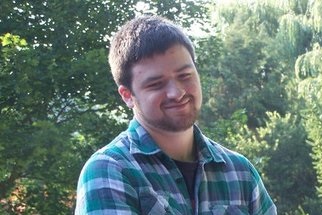